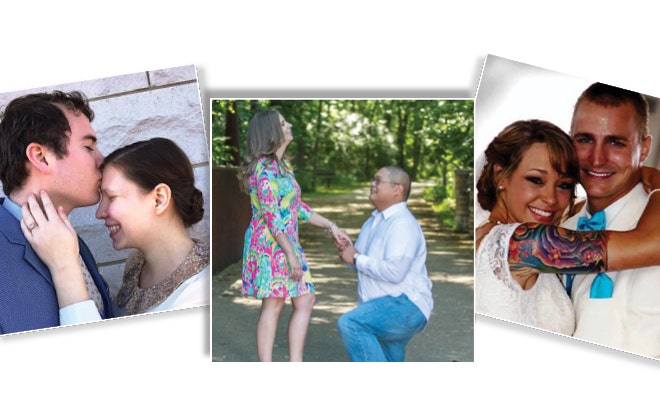 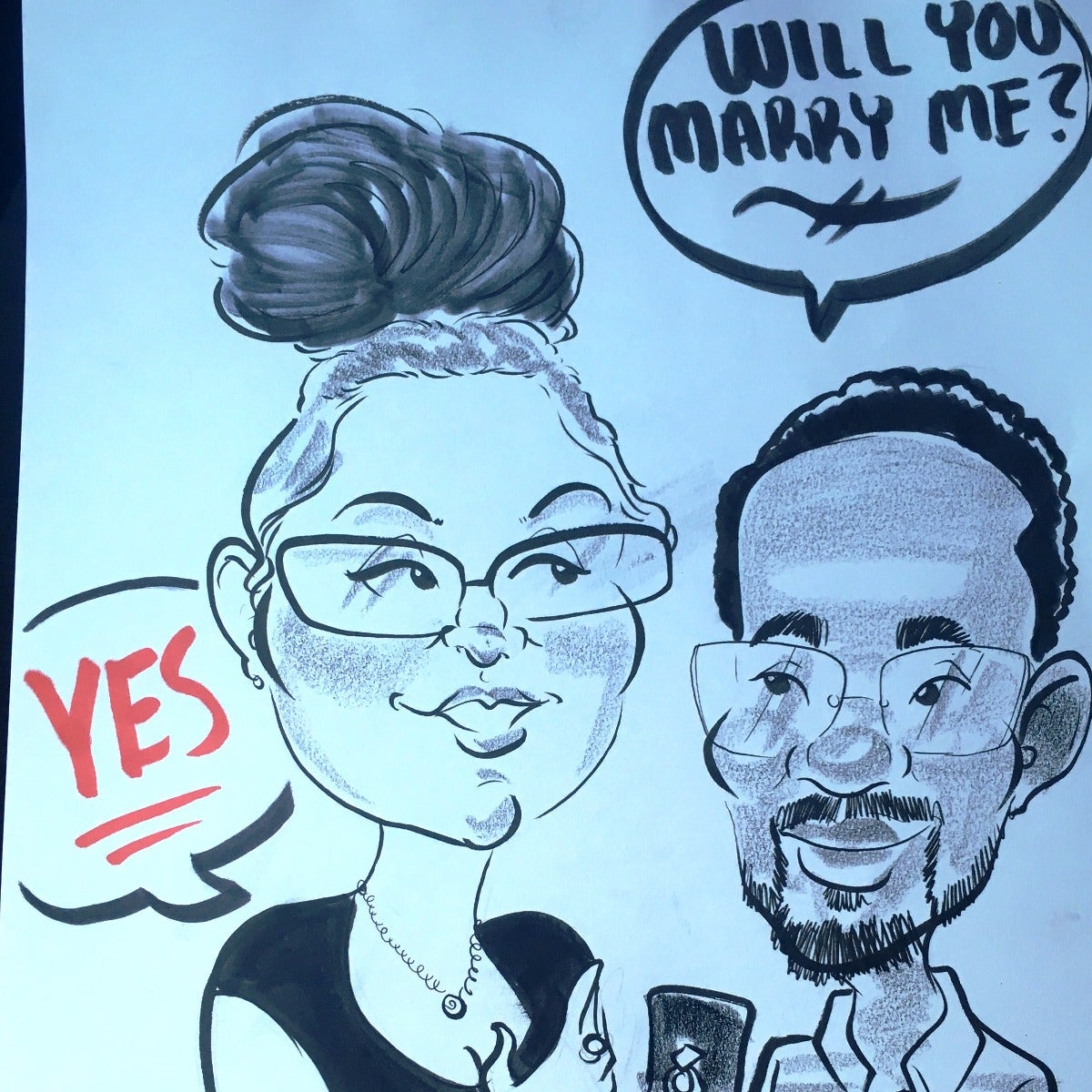 There’s nothing we love more than hearing about your special happily-ever-after moments.

That’s why last month, in celebration of love and Valentine’s Day, we ran a Facebook contest in which we asked our followers to send us the story of their engagement.

From carefully composed to totally spontaneous to asking with the help of friends or fun props, we loved reading all of the incredibly sweet, hilarious and thoughtful proposal stories received.

Thank you to everyone who entered, and congratulations to our 5 special winners who each received a $50 gift certifaicate. Read the winning engagement stories below...

“My fiancé and I were "reliving" our first date at Navy Pier in Chicago. He wanted to do everything we couldn't do the first time we went because we didn't have any money. One of those included getting our picture drawn. So we went to get the picture done and he asked if we could do a pose.

The guy said yes, so he got down on 1 knee and I laughed and told him to get up, and then he pulled the ring out of his pocket and asked me to marry him.

We have been together for almost 9 years and will be getting married on our 10-year anniversary next year!!! My ring was actually custom designed by Rogers & Hollands in Old Orchard Mall.” 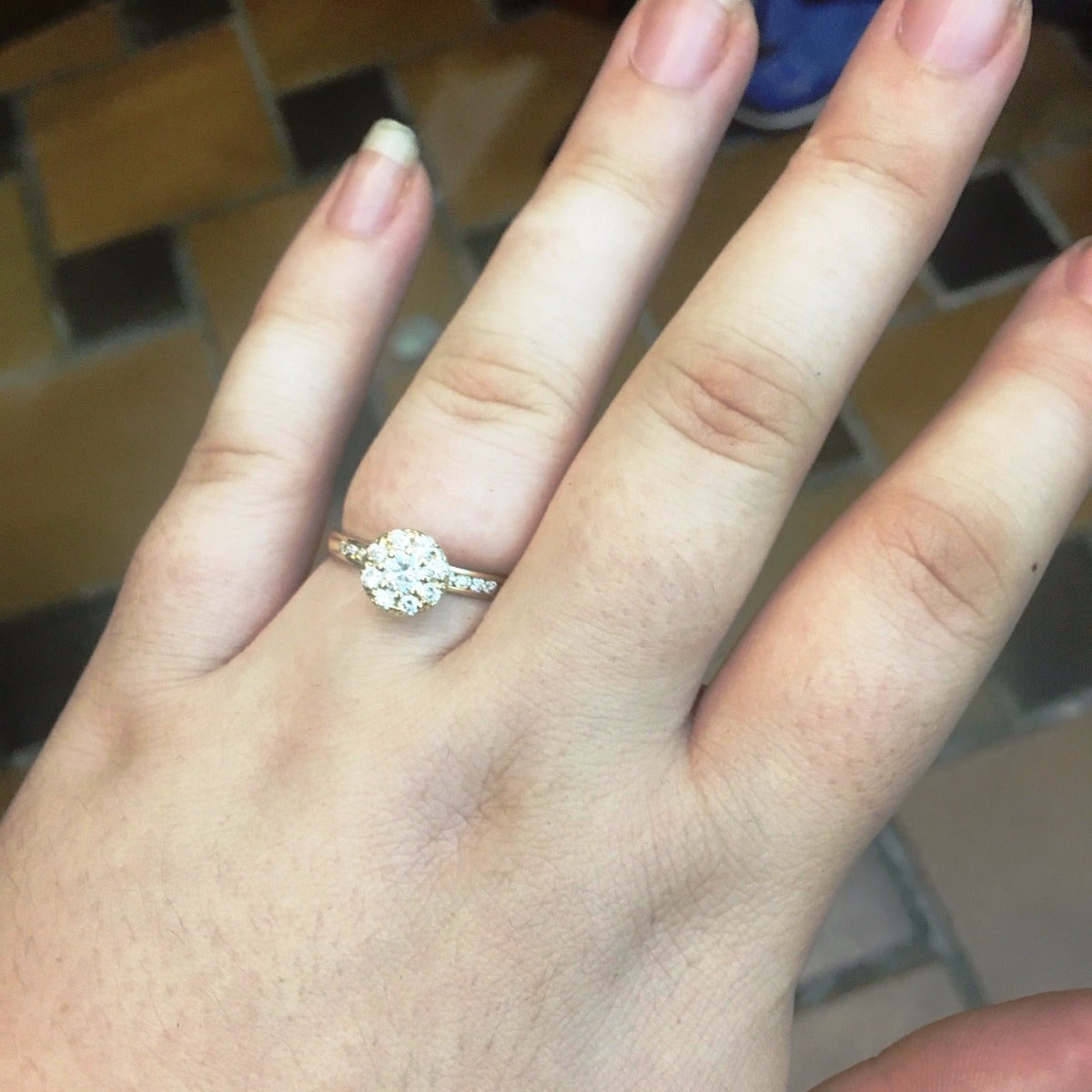 “Jacob surprised me by showing up at my work. I had no idea that he was going to be proposing. He told me that he had to work and we wouldn't be able to see each other at all that day. I was so surprised and I couldn't stop crying, I was so happy that I could barely even get myself to say the word yes through the happy tears.

We decided to get married on September 6. It was the five-year anniversary of when we had started dating. For Jacob's wedding present I surprised him by getting him the ArtCarved ring that he had really wanted but knew he probably wouldn't be able to get.

Every year we like to celebrate our anniversary by taking pictures. On our one your anniversary Jacob got a second band for my ring, even got down on one knee to give it to me.

I love our 2 anniversary pictures even though we fell out of the boat.

For my birthday this year Jacob upgraded my rings to my forever set. My original engagement ring wasn't from Rogers & Hollands and had some structural problems. He saw that they had a ring just like the one I had been dreaming about even before we got engaged, but couldn't afford. I'm soooooo happy with my rings and the story that they tell.” 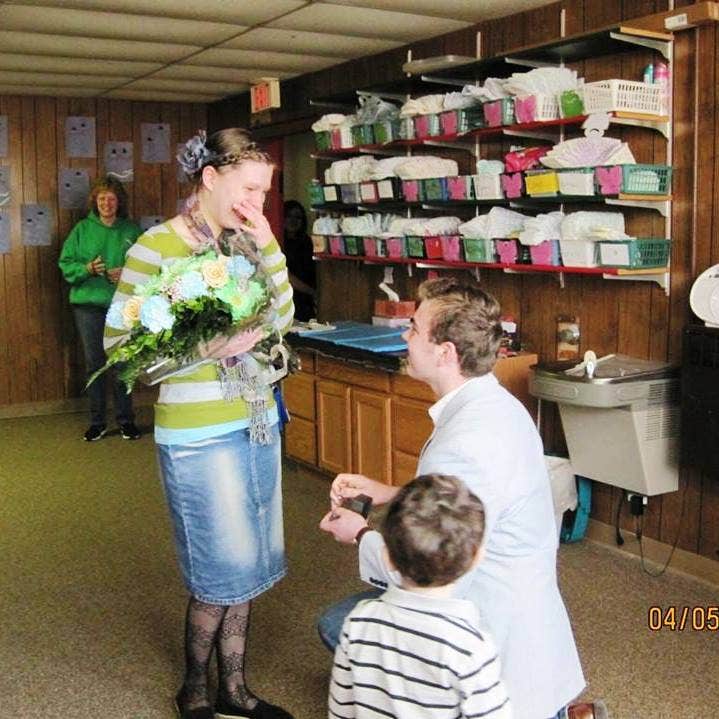 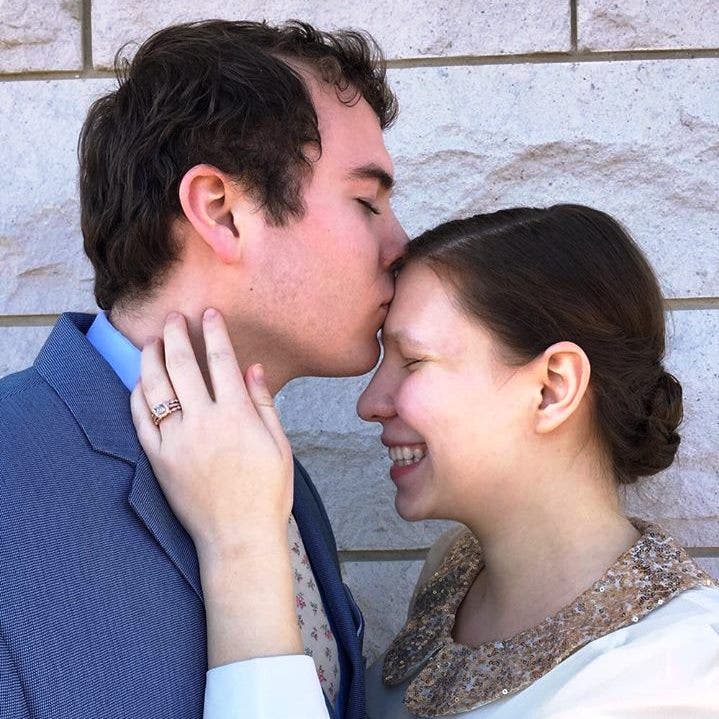 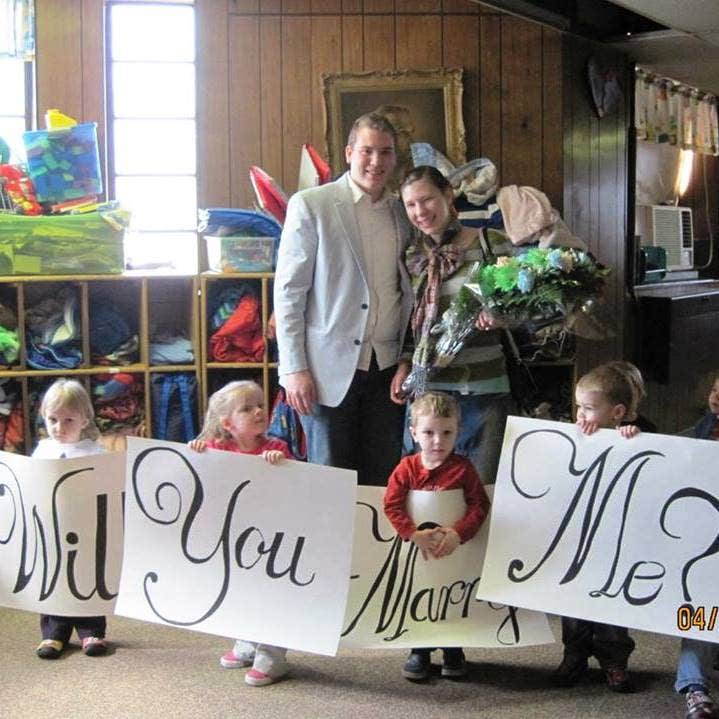 “I had JUST turned 20, we were high school sweethearts. He joined the Army, so we decided to get married and go together. He called my dad from a friend’s cell phone in the bathroom at basic training, to ask permission. I planned a wedding in 2 weeks, and we got married when he came home over Christmas leave. No romantic proposal, but still the same feeling!  After 11 years, 2 kids, deployments and 6 moves, he still makes my heart skip a beat!” 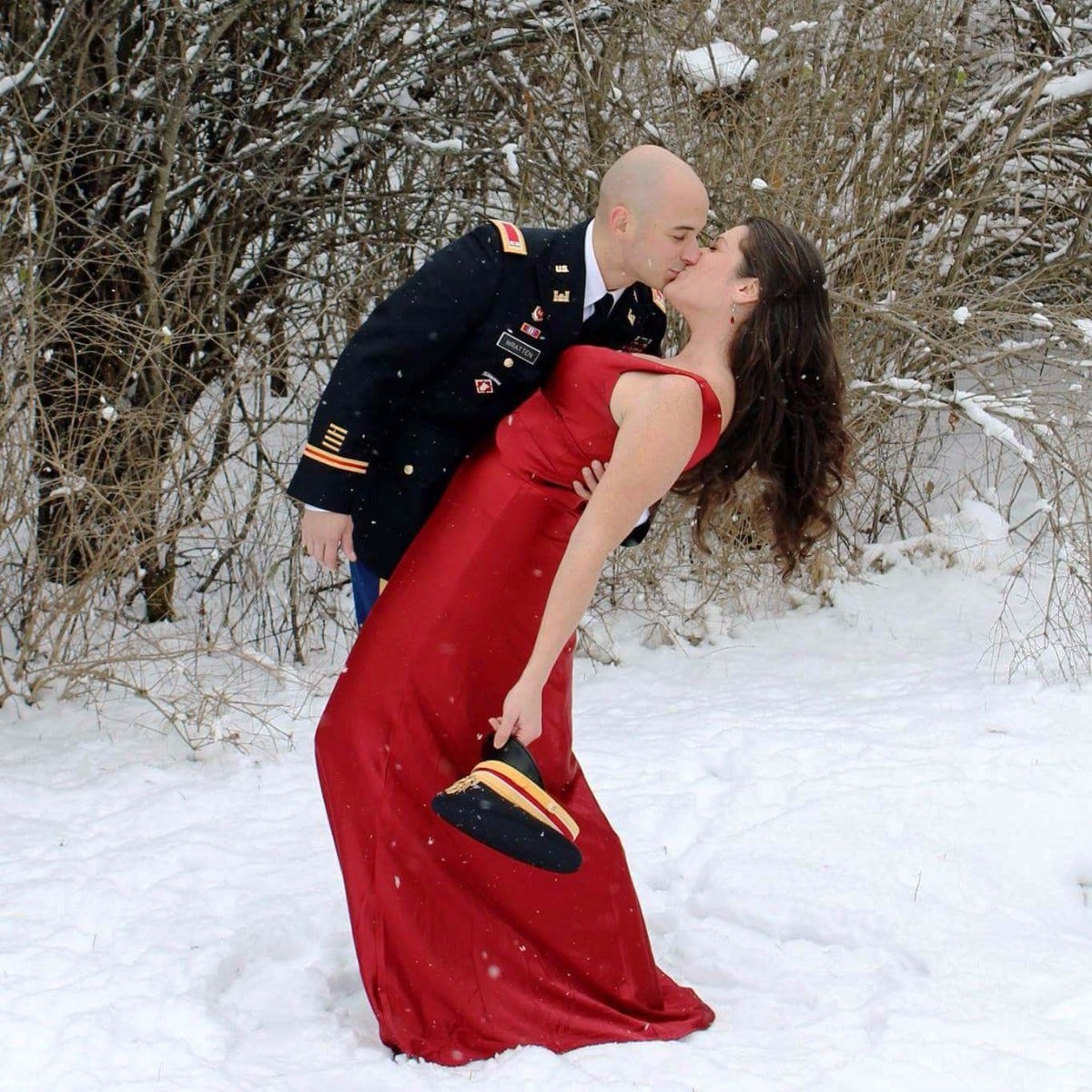 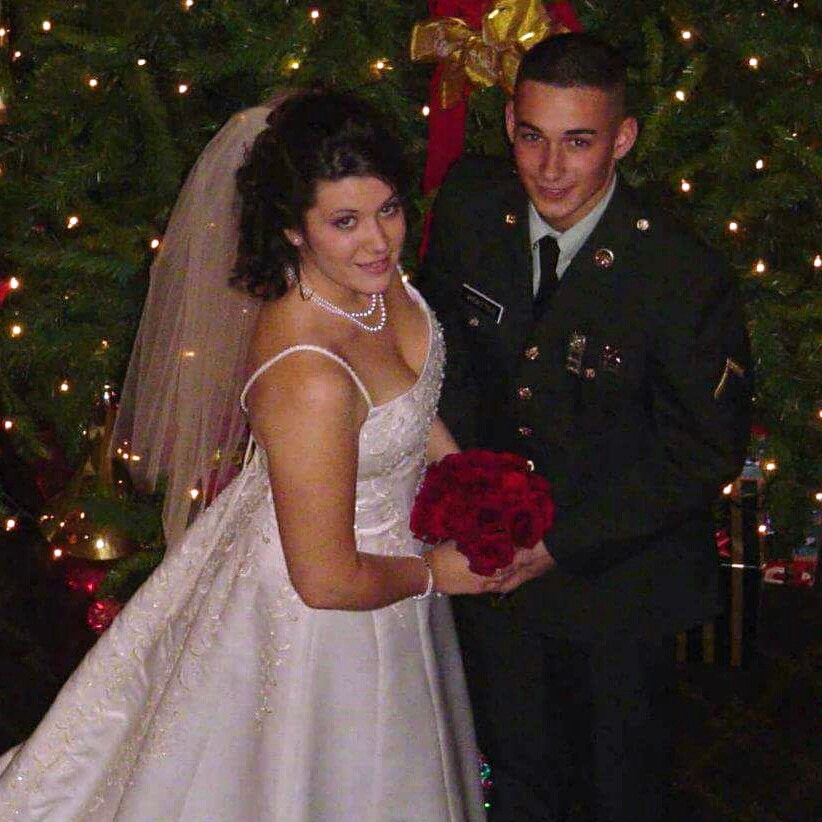 “I was 7 months pregnant, it was my birthday, and my love coordinated a surprise day off with my boss. He picked me up with a dozen roses, a comfy shopping outfit, and took me to Chicago for a day of shopping and yummy food. We got home right before midnight, and he asked me to get a bag from our son's nursery, that I thought was still not finished. I opened the door to find his nursery complete, and turned around to him proposing! While we were gone my parents were at our house setting up my son's room!!

My now husband planned everything perfectly and proposed right at midnight. ‪He woke up early that day after I left for work, got half the nursery done, and had coordinated my surprise day off with my boss, had my parents involved in planning and finishing the nursery, got me my favorite roses, and spoiled me rotten, all while remembering to bring me a comfy maxi dress for a day of shopping. It doesn't get any better than that. The fact that my family was involved meant so much to me!  Going on 4 years of married life!” 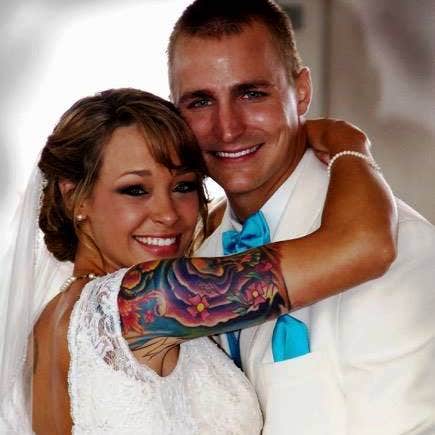 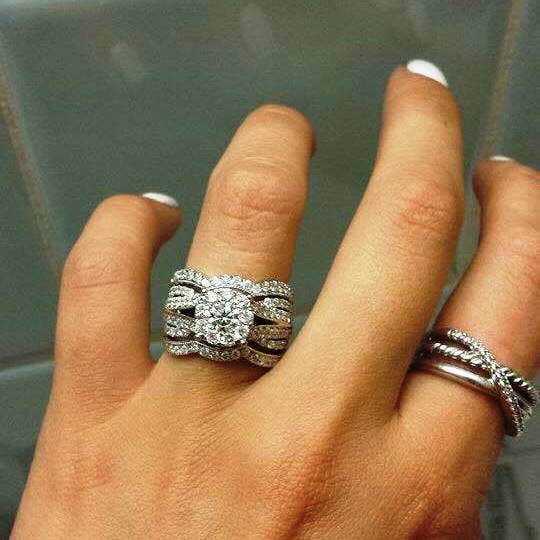 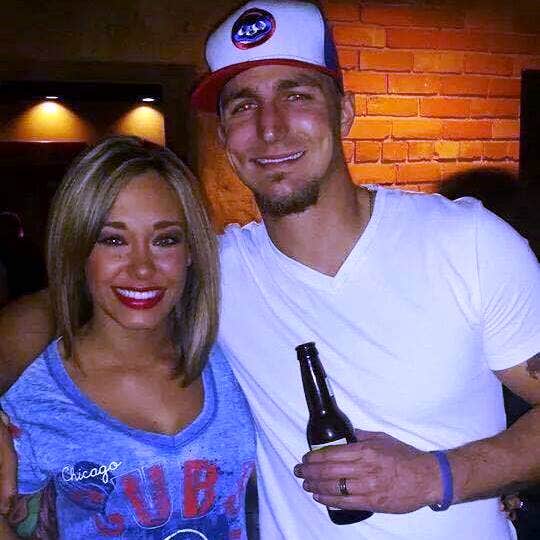 As I walked in the house Eric was playing "My Best Friend" by Tim McGraw, the song we always said would be our first dance song at our wedding. He was dressed up nice and I was confused as to what was going on; he began talking and dropped to one knee, which lead to me crying! He proposed and I said "Yes!" At the time I didn't know it, but he recorded the proposal so we have been able to watch it back together and re-live all the wonderful emotions. Finally, of course the ring was gorgeous, and from Rogers & Hollands.” 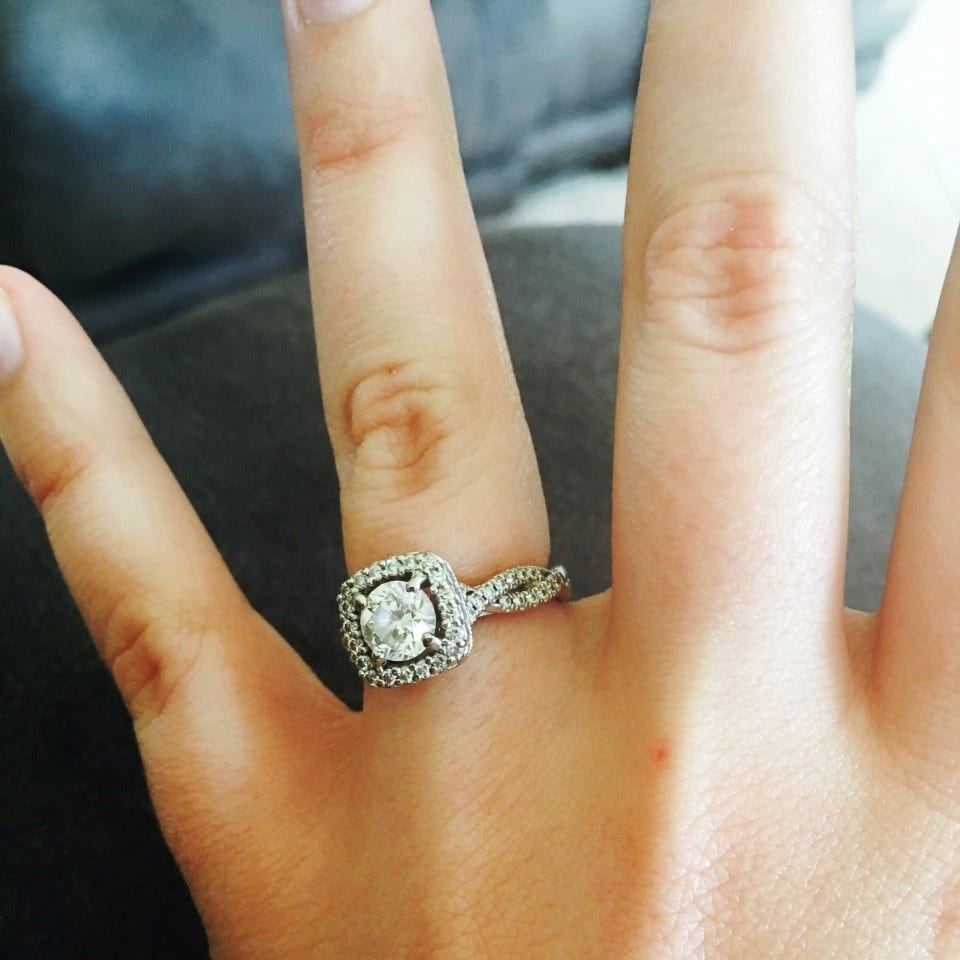 We enjoyed reading these so much that we asked our home office and retail staff to share their engagement stories as well.  Here is one of our favorites, from Melissa B.:

"David had begun plotting ideas for the engagement ring and proposal by early 2015, much to the annoyance of Melissa's bridesmaid Catherine who would be pestered with requests from David to covertly solicit color, cut, and size preference. After months and months of debate David disguised a business trip to Rogers & Hollands in Chicago to design the ring on his own.

Upon completing the purchase in April, David placed an unexpected call to Catherine on April 23rd to which she picked up asking, "Is it the same thing we talk about every 2 months?" David replied "Yes, I just signed for the delivery and I'm proposing next weekend when you are shooting Melissa's graduation portraits!"

The following week as Melissa went to have her hair and nails done in the morning, David was nervously practicing proper posture and trying to find which pants pockets hid the ring box best. After a few cap and gown photos on the University of Texas in Arlington, Catherine brought Melissa to River Legacy Park in Arlington. Melissa and David posed for some couple photos over a bridge in the park and as Catherine gave an all done wave to Melissa she turned to leave but David grabbed her left hand and started mumbling at first. Melissa didn't know what to make of it until David began going down on one knee. As David rambled after forgetting everything he had rehearsed in the morning Melissa kissed him and softly said, "you already know the answer," with that David anxiously asked "will you marry me?" Catherine was snapping away as David put the ring on Melissa's hand and picked her up in their first kiss as an engaged couple." 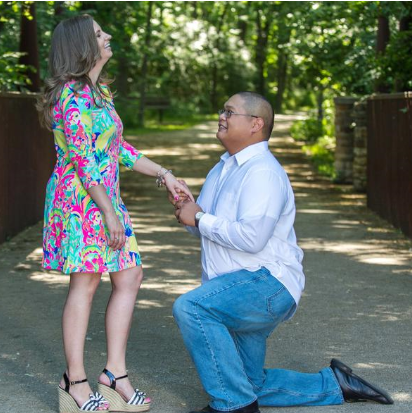 If these stories leave you longing for your own special engagement moment, click to view our engagement ring collection.

With new styles arriving all year-round, you’re sure to find your perfect match! Oh, one more thing, you can submit your proposal story to us via Facebook or Instagram!